Verstappen enters this weekend’s French Grand Prix at Paul Ricard leading the F1 drivers’ championship by 38 points from Ferrari’s Charles Leclerc, and has six race wins to his name.

But the Dutchman has seen his points advantage reduce in the past two races as Ferrari scored back-to-back wins at Silverstone and the Red Bull Ring.

Although the competitive advantage has swung back and forth at the front of the pack this year, but Verstappen felt there has « never really been a dominant weekend » for Red Bull.

« In general, I felt like at the beginning of the year we were the ones like chasing and trying to beat Ferrari, » Verstappen said.

« Then they had a few retirements and we of course took advantage of that, or through strategy calls.

Asked if he thought Ferrari had the fastest car, Verstappen replied: « Of course it depends a bit on the tracks, but overall, I feel they had more dominant weekends than we [did]. »

Verstappen also pointed to how quickly the championship picture can change, having seen his 46-point deficit to Leclerc after retiring from two of the first three races swing into a 49-point advantage six races later.

« After Melbourne, I thought if there is a possibility, we might be able to fight towards the end of the season back for a potential chance, » Verstappen said. 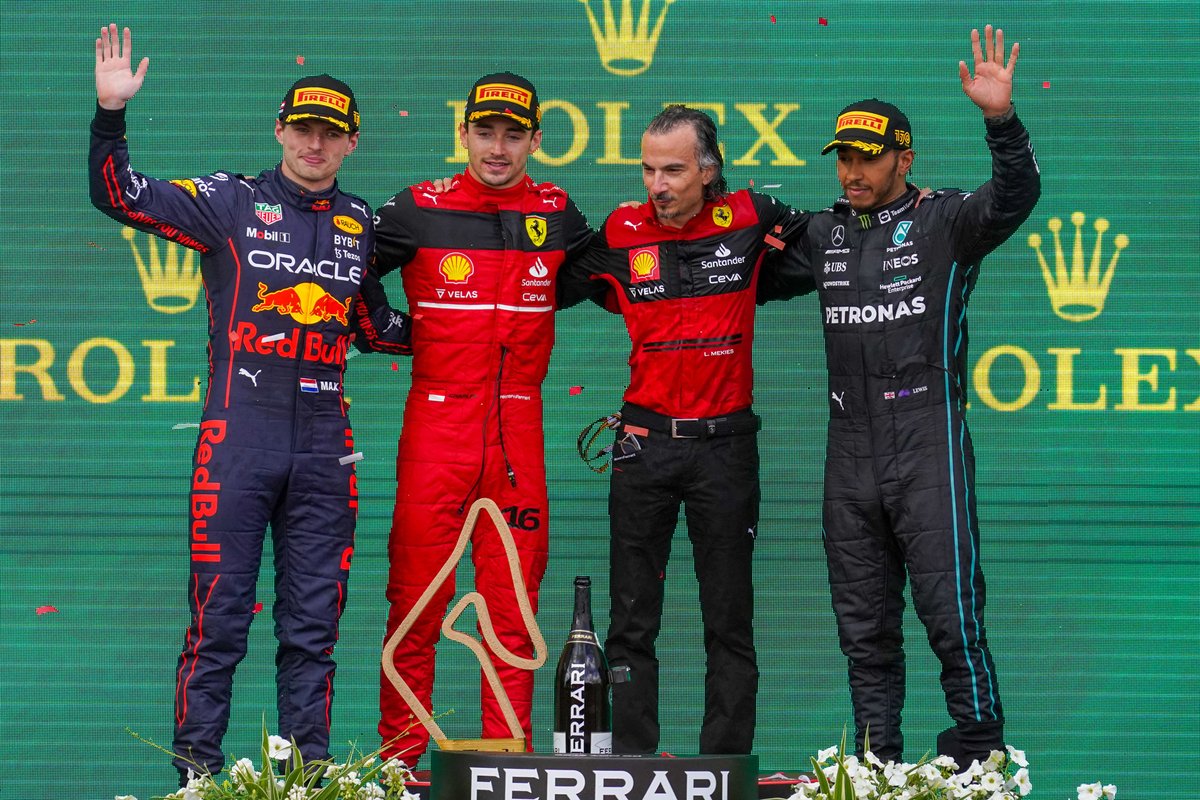 « And then I mean it really quickly turned around. But that also shows that it can go the other way very quickly, so we just always have to be on it. We cannot make mistakes. »

Verstappen highlighted the added weight of Red Bull’s RB18 car compared to Ferrari that was « costing us lap time » and warned against complacency when it came to the development battle.

« We still need to bring updates to the car and we need to work all the time, and it’s no guarantee, » Verstappen said.

« People say Red Bull has been really good in the past and bringing upgrades and development. But this year we have to show it again, because every year if you start thinking like that, then normally you fall behind, because you think you are that good.

« We always have to show that we are good at it and that’s we are trying to do. »

Verstappen took pole and won the sprint race at the Austrian Grand Prix two weeks ago, but could not compete with Leclerc over a race distance as he was overtaken three times by the Ferrari driver.

Verstappen struggled more on the hard compound tyre than Leclerc, but felt the deficit to Ferrari was « not only tyres related. »

« I think also the way we set up the car, not purely from set-up, but just also the package of the car, I think was not correct in Austria, which we found out, » Verstappen said.

« So I hope with the things we learned that in general, I think we will be more competitive. »