O’Halloran does the double at Donington Park

‘The O’Show’ takes centre stage: O’Halloran does the double at Donington Park.

Jason O’Halloran celebrated winning the Milwaukee King of Donington trophy in style at the third round of the Bennetts British Superbike Championship, doubling up on victories for McAMS Yamaha to launch himself up to second in the overall standings.

In the second race of the weekend, O’Halloran was determined to make amends for missing out on victory in yesterday’s eBay Sprint race to Kyle Ryde by just 0.038s at the chequered flag. The Australian did it in style as ‘The O’Show’ did the double, after becoming the fifth different race winner of the season.

Race two got underway with O’Halloran launching into the lead at Redgate ahead of the Rich Energy OMG Racing Yamaha pairing of Bradley Ray and Kyle Ryde.

On the second lap, Ray claimed the lead and that left O’Halloran under attack from Ryde, who made his move on lap three. However, there was disappointment for the local contender as he crashed out at Mcleans on the sixth lap.

The leading trio then became O’Halloran, Ray and Jackson as they had gapped the chasing pack. In the closing stages, O’Halloran had the pace to have an advantage over Ray as he took his first win for McAMS Yamaha since Silverstone last year.

Ray continued his momentum with a strong second place ahead of Jackson, but in the chasing pack, the fight for fourth had become a five-way dogfight.

Peter Hickman was able to claim the position with three laps remaining after the FHO Racing BMW rider took advantage of the earlier battles between the group to bridge the gap and make the moves needed to claim his best result of the season so far.

Hickman got the better of Leon Haslam in the closing stages as the VisionTrack Kawasaki rider valiantly finished in fifth despite still suffering from his sprained ankle from his crash at Craner Curves on Friday.

Tarran Mackenzie celebrated a hard-fought sixth place on the second of the McAMS Yamahas as the reigning champion scored his best result of the season on his return from injury, holding off Christian Iddon and Rory Skinner, who had been in the mix throughout the race.

In race three, O’Halloran was hunting another Podium Points haul and he didn’t disappoint. At the start of race three, Ryde had grabbed the lead from his Rich Energy OMG Racing Yamaha teammate Ray and the Cheshire Mouldings FS-3 Kawasaki’s of Jackson and Skinner.

Skinner was on the attack and by the fourth lap; he was into second position behind Ryde, with Ray and Jackson in close contention.

An incredible move at Redgate from Ray on lap four moved him from third to first as he dived ahead of his rivals to put himself at the front of the chasing pack.

When the race resumed, Ray was holding the leading position from Skinner and O’Halloran with the pair trading blows for second place. By the eleventh lap, the pair had changed positions several times within one lap as O’Halloran then tried to make a break on the McAMS Yamaha.

O’Halloran was hunting Ray, closing the gap and then capturing the lead on lap 17 with a decisive move at Coppice. He was able to hold off his Rich Energy OMG Racing Yamaha rival to take the double win and move up to second in the overall standings ahead of Knockhill.

Ray’s second place saw him lift the Milwaukee Spring Grand Slam trophy and take a 28-point lead ahead of the next round at Knockhill with Jackson completing the podium for Cheshire Mouldings FS-3 Kawasaki. The Lincolnshire contender’s double podium finish puts him third in the overall standings.

Skinner had another consistent result in fourth place ahead of his home round, whilst Ryde held onto fifth as he bounced back from his race two crash to take another strong points haul on the second Rich Energy OMG Racing Yamaha, narrowly ahead of Buildbase Suzuki’s Iddon.

For the Buildbase Suzuki team, Donington Park marked their biggest points haul of the season so far for Iddon, moving him into the all-important top eight of the standings.

The MCE Ducati teammates finished in seventh and eighth place respectively in the final race of the weekend as Tom Sykes edged out Josh Brookes with Danny Buchan in ninth place. Chrissy Rouse completed the top ten to claim his best ever Bennetts BSB race finish. 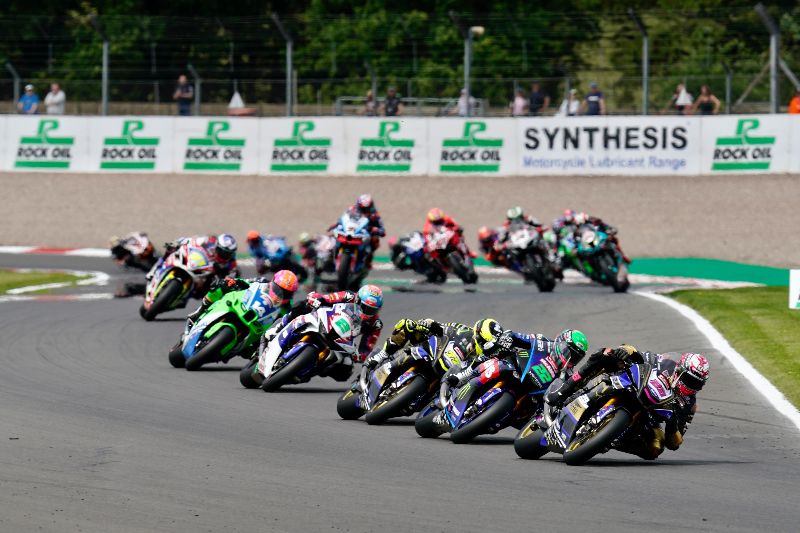 “It’s been an amazing weekend, we nearly won yesterday, it was so close and then to take a double win today is excellent. Two pole positions, two wins and a second shows that all the hard work is paying off.

“I want to say a massive thanks to everyone from the team, when you are working through things and testing things when you are racing it’s never easy but this weekend things have really started to come together.

“That was probably the best I’ve ever felt on this bike, the way I could come through the pack, get to the front and pull away everything just worked. You have to enjoy these days as they don’t come around all the time, I’m super pleased with it so I can’t wait to get a test under our belt now ahead of the next few rounds. 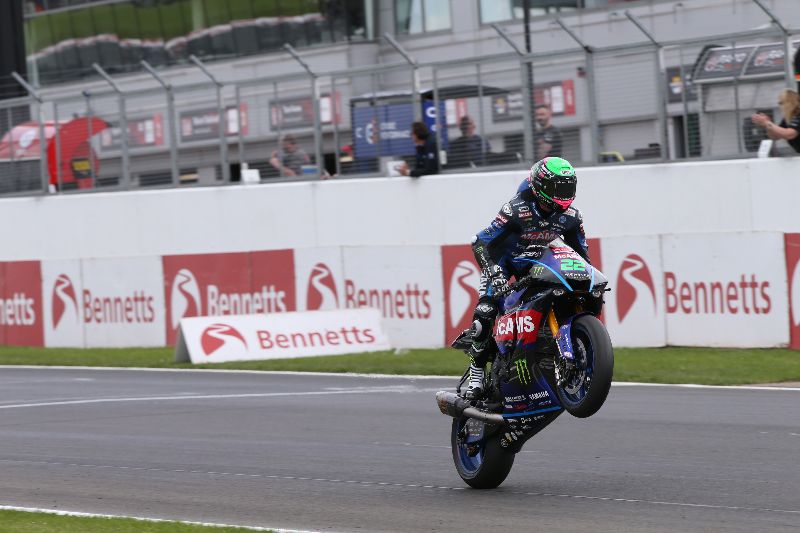